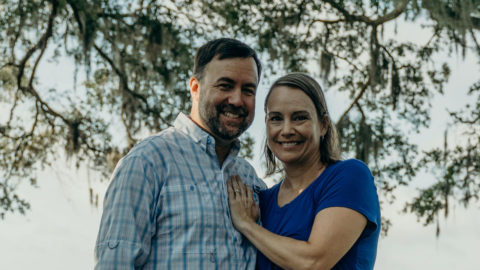 As a Regional Mobilizer for Team Expansion (headquartered in Louisville, Kentucky), Matt works in coordination with the Outreach team at Compassion Christian Church to mobilize future missionaries from the body, coach and disciple those seeking to go into missions, help provide pastoral care to our sent missionaries from Compassion and coordinate major joint projects between Team Expansion and Compassion Christian Church.

Additionally we work to train up disciples who make disciples here in Savannah and Matt works to educate the local churches in Savannah to God’s mission and vision to reach the whole world for His glory.

Both Matt and Stacie served in many different ministries at Compassion and after a few years experienced their first mission trips to Nicaragua and Poland. They then took a family trip to JAARS in North Carolina and that was were God really began to speak to them about entering into ministry full time. From that experience they began to make plans and ultimately that lead to Matt retiring from the US Army and becoming missionaries to an unreached people group overseas. They served in that location for 2 years among a predominately 99% Muslim population and after returning entered into their current roles.

Matt & Stacie have been married for 26 years (1994) and have one son, Nick. Matt grew up in Northern California and Stacie grew up in Southeast Alabama, which made for a great story later one. They were able to meet while he was in flight school, learning how to fly helicopters in the US Army which is near Stacie’s hometown. From there Matt served for 22 years in that profession, serving in many different countries and states, including some combat deployments after 9/11. They joined Compassion Christian Church in 2003 while stationed in Savannah at Hunter Army Airfield. They now call the Savannah area home having lived here off and on since 1992.