What a day! God opened doors and we didn’t just walk through but we ran through them! Our team was spread out today with Michelle helping with the middle school and pre-school while Linda was working on the children’s presentation. Kathy, Ray and Jon went to one high school and spoke to a large group of students followed by classroom discussions. Kathy shared that she was able to give her testimony and afterwards, three girls approached her asking her more specific questions about her faith and how she had been able to stay strong with the peer pressure. Kathy was also able to encourage a student who currently goes to church but her parents do not by sharing another team members journey of coming to our church because their son started going first. Jon also shared that those students who go to church often only attend on Sunday and do nothing else during the week. The team encouraged them to have a daily walk with God, to pray more often, to read their bibles and to also live out what God calls us to do. 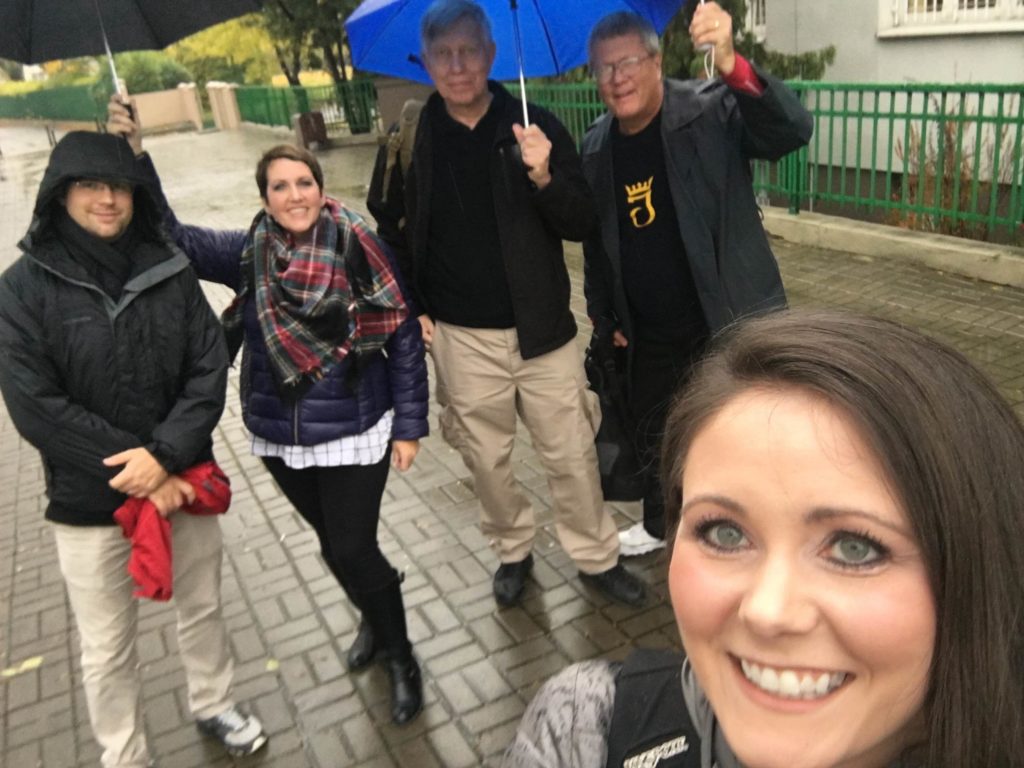 Ches and I went to the middle school and high school today and Ches was so excited that someone finally asked him why he was here and the door opened for him to be able to share his faith and our plans here. We have been instructed to not preach to the students but rather share our stories/testimonies when the opportunity arises.

I had several classes today and most of the students want to know about Hillary and Trump and what we think. I try to steer clear of this topic to some degree but offer up the following: many voters will hopefully chose to vote for the political party that most closely aligns with their beliefs rather than the specific candidate. This explanation seems to make sense to most of the students and they seem to understand the reasoning behind it. I did have one student who asked about religion in America and what it looks like….this was a very big question that I was more than happy to answer! I later learned from a teacher that this student doesn’t usually ask many questions because he has a speech problem. 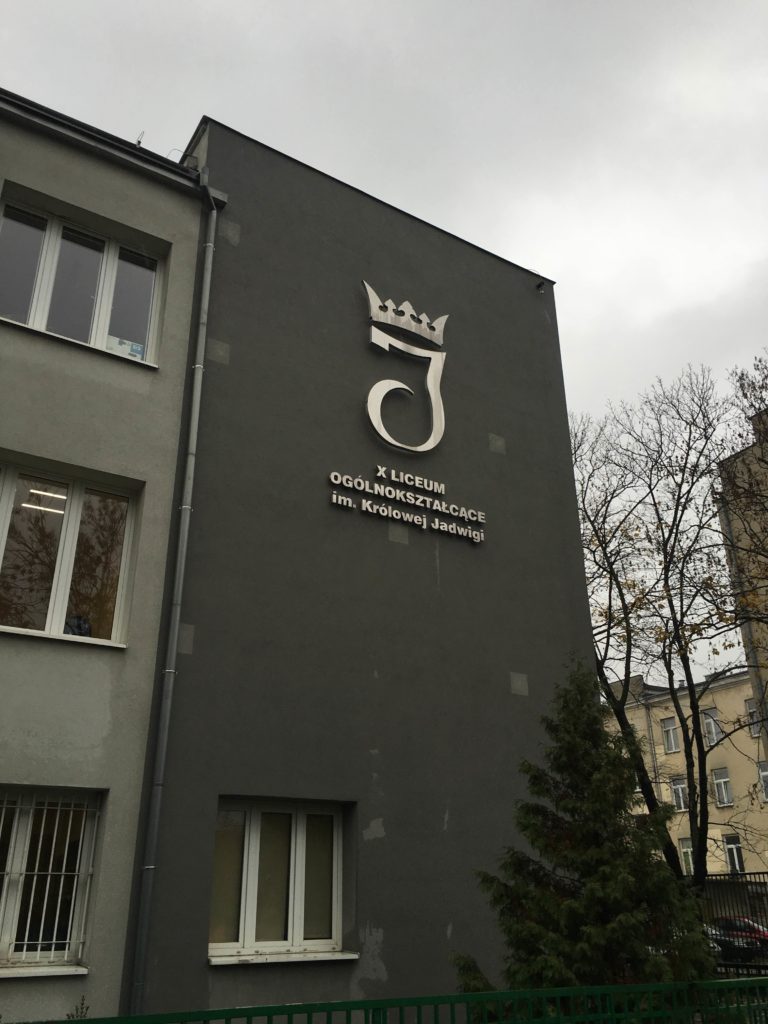 My favorite class of the day however was the most challenging. The class consisted of all girls and one boy. The teacher tells me she wants me to come to her class because she has heard of my discussions in the previous year and she has something in mind. We began our discussion on their current topic of the roles for women and men in the home and work place…this quickly changed to Hillary and Trump which led to the beliefs of the political parties and abortion. They have heard about the issues on this topic involving Hillary and they too are having this as an important issue here in Poland. Recently the women in Poland decided to protest the recommendations for increased restrictions on abortion by wearing all black and walking out of their homes, businesses and schools in protest. One young lady was determined to share her views on the government not having the right to tell her what she can do with her own body. This opened up the door for more conversations on “what if I was raped? Or what if I still need to finish my studies?” I shared with them my beliefs on Pro-life, explaining options like adoption (which they had never considered), I shared with them guilt that often follows abortion and even shared a story Cam told us about a couple of weeks ago during services. When I told them about this pastor who is preaching to thousands of people, changing lives and making a positive impact on the world who happened to be the product of a teenage mother who was raped and chose adoption, the faces of these girls started to soften, their shoulders dropped and the strong stance they presented began to fall. 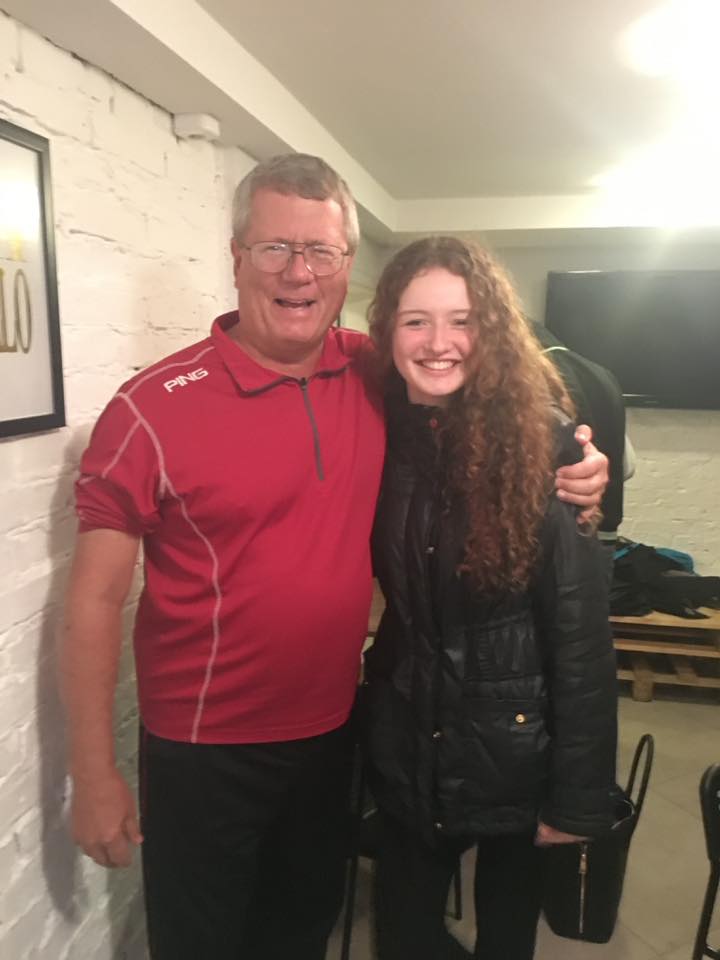 I shared how my daughter who had a her first child at the age of 16 chose life and how blessed I am to know my granddaughter. At the end of the class the young lady that was so Pro-Choice came to me and wanted to apologize, she said she didn’t know my story and didn’t want to upset me. I told her there was no apology needed, that neither of us knew this topic would come up today but God did and I was here to share my story. She then said she wanted to thank me, with tears in her eyes she said she now sees things differently and her decision has changed. Placing her head on her teachers shoulder as she cried. The teacher later told me that most of these girls in the class were wearing black on the day of the protest.

Thank you all for your continued prayers. Tomorrow will be our last day in the middle school and high schools, pray more doors are open and these students see Him in us, in our actions and in our words.