Hello America! We just arrived in Harare again after four FABULOUS days in the village of Mhondoro. We worked in Matanha Primary School with every grade/class. It was incredible being able to work with all the kids; they took a little bit warming up to us, but eventually we all were laughing and having fun playing “Bird, Bird, Flower” (our Matthew 6:25 version of “Duck, Duck, Goose”). One of the unanimously best parts of this adventure though is the singing. Anyone who despises musicals for their “unrealistically coordinated random outbursts of singing” has clearly never been to Zimbabwe. Everyone sings so wonderfully. It’s evident you don’t need to share a language to worship and serve the Lord! 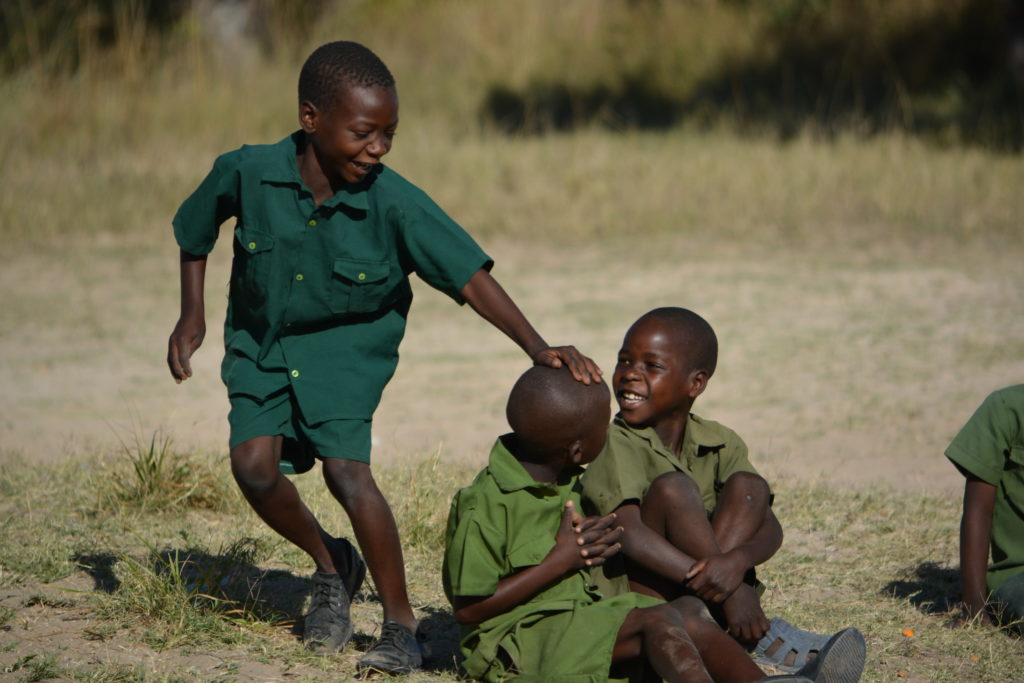 Our project for this trip was painting the houses of the teachers. They started out dirty cinder-blocks but by the end they were bright, beautiful, and greatly appreciated. The third element was the home visits. We were able to visit several different families and present gifts. It was incredible listening and being able to pray for everyone we met. We even received a few gifts! Adrian was presented with a rooster whom she named Tyrone. Tyrone, we found out a few days later, made an excellent lunch. On Wednesday Rob led a seminar for the teachers and church leaders. We played “Bird, Bird, Flower” with them as well and another game we called “Where’s Mordecai?” (the Paper Clip Game). It was awesome and hilarious watching these respected adults and elders get so enthusiastic and into the games, as if they were little kids again.

That same day, we visited previously completed projects: a rural medical clinic and a community garden. The clinic started out as a first aid post and expanded into a full clinic in 2013. Since then, the doctors there have been able to create a maternity ward and a male ward in addition to the wards already made. The community garden was the first out of 13 in the district we were in, it’s been flourishing abundantly and we pray it will continue to do so. Today, we left Mhondoro to our (and the teachers’) sadness. I (Bailey) had the honor of presenting a speech of gratitude but we will never be able to truly express out love and thanks for the hospitality shown to us. We will never forget these experiences.