Yesterday was a day with some real highs and a small low. We began the day by having breakfast, and then we went on to the university to meet students and invite them to a discussion session at the ‘American Corner’ in the library. We split up into 3 groups of 2 each, 2 groups had interpreturs , and one brave group went without. Just like I have found everywhere else we have been in Indonesia, being 6’7″ has been a great way to meet people and be asked to have your picture taken with people, if you are in Indonesia, give it a shot.

Our group of two approached groups of two to fifteen students, and I said “Selamat Pagi” (Good Morning), then the interpreter would give the pertinent information, and then I would say “Sampai Nanti” (Until Later).  Our group of two must have approached over 200 people as we made our way around campus. We met students in many different majors (Sociology, Biology, Teaching, Law, Math, Engineering, etc.). Many students gave us a yes when asked if they would be joining us in the afternoon, which those experience in Indonesian culture interpreted as a big maybe.  It was a little uncomfortable to walk around being older, physically different, and linguistically ignorant, but based on the reaction that I have experienced everywhere else it was logical that people would be gracious and accepting. One of our low points was one young lady who became very loud and making claims about her name and her major that were very likely not true and started to have fun with us.  I would have to say her english was very good through all this. It became apparent that the level of energy around us was growing to a level that was not comfortable with other students listening and laughing. I smiled and asked some questions, but then the Holy Spirit began moving my feet away from the situation. As we left the situation, some male students came up to me and humbly indicated that she was lying, which I knew, but I was comforted by the fact they felt some remorse about the situation.

It was a nervous moment when we entered the area we were supposed meet the students in and to see no one except the university staff we had interfaced with earlier in the morning. The staff person approached with a smile on her face and let me know that “they are waiting you”. Through semi-translucent glass I could see the silouettes of many people seated in a classroom setting. We went in and found  about 40 students waiting on us and as we made out way to the front of the classroom to a table with chairs set up to face the students.

There was a short introduction, and all six of in our group gave a short introduction, during which the students practiced listening to our introductions in english, and then answering questions testing their memory and comprehension. And they did very well being able to remember our occupations, states of birth, numbers of family members. Next we had a time of question and answers going in both directions. Then we talked about holidays and specifically Thanksgiving, and gave out invitations to the students to meet us on Thanksgiving Day at our hosts old home near the university to sample some tastes of a normal Thanksgiving meal and practice some more english.

After this our host explained that he knew two things about his friends from America, “They love God, and because they love God, they love you.” Then he let the students know that there was anything they needed prayer for that we would pray for them. At that point, we broke into groups of students each with one english speaker. My group discussed their majors, how they decided upon their majors, ‘The Star Spangled Banner’, meaning of the colors of the American Flag, the meaning of the colors of the Indonesian flag, and Christmas trees.  And then I prayed for them that God would lead them in their academic career and beyond to a job they would feel He had prepared them to do. One young man expressed that he felt God was already guiding his path, but I am not sure all of the students would say the same.

After this, we set a time for those of us available next week to meet with them again and practice more English and share fellowship.  Then we had dinner and met together for a while before bed. Althougth the day was largely full of high points they we gave praise to God for, the tense encounter just prior to lunch was discussed, and the end of this discussion was a stern warning that we should be very cautious, in our dealings with people. Some people may want to engineer a benign situation to make it look compromising and make us look like we are bad people who should not be believed or listened to.

Please pray for discernment about people who may be social engineers, and please pray for the students who showed up to the session that the Lord would move in their lives reveal Himself. 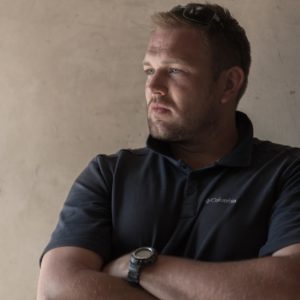